How to Chose The Correct Power Cord!

Posted by SFCable on Monday, 15 June 2020 in Network cable

power cords are widely used as the bridge between the main electricity supply and device through the wall socket or extension cord.

Most of the time, they are the go-to solution when using alternating current. However, the real question is how will you come to know if you have chosen the right power cord or not?

Let's start with the overview of power cords:

A power cord usually has a connector and molds to the cord at each end and can detach from the power supply and device. Power cord assembly consists of three major parts.

Firstly, the cable plug, its other name is the male connector which inserts into the AC outlet to provide power. Further comes the receptacle, it is also known as a female connector which attaches to the equipment. The cord is in the main section which contains insulated wires with different lengths and thicknesses.

Let's talk about the Power Cord:

According to different plugs and receptacle styles, power cords have different standards. In North America, NEMA power cords and IEC 60320 power cords are common types with the standard set by National Electrical Manufacturers Association (NEMA) or International Electrotechnical Commission (IEC) or many such.

Let's discuss them in brief:

They have two series i.e. NEMA 5 and NEMA 6. NEMA 5 series is useful and widely found in the United States. It also has three wire circuits i.e. hot, neutral, and ground that carries a maximum of 125volts usually it carries about 110 volts and refers to 110 circuits. It has a round pin or prong which is right below the two flat prongs. A grounded plug is used as a third pin for grounding purposes.

On the other hand, NEMA 6 series connectors are useful for providing heavy-duty power to power-consuming devices. They are usually 208 volt or 240-volt circuits and often referred as "220 circuits."

The main difference between each of the NEMA devices is that it includes a straight blade and locking. In the household consumer goods which include electrical appliances, a straight blade is evident. The locking NEMA power cords are in use for most of the industrial applications.

Straight blades have a design that detaches it swiftly and the latter one has a design such that it does not detach easily from the receptacle.

The end of these power cords is on the opposite side of the cord from the power plug. To make it an international standard, the equipment manufacturers need to put one type of receptacle on the equipment and then manufacture the various country-specific cords for which and whenever the need arises.

The IEC 60320 C13/C14 connector is the type that is available in personal computers and monitors. Whereas, C19/C20 connector type is useful for devices that are like servers and UPS i.e. uninterruptible power supply systems.

Detachable appliances are useful in office equipment, measuring instruments, IT environments, and medical devices among many other types of equipment for worldwide distribution. Each appliance's power system is adapted from different plugs useful in different regions. Further, there are various types of IEC power cords like Type A, Type B, and c5 power cord so on.

They are type of IEC power cords and are also known as "Mickey Mouse" or "Cloverleaf" connectors because of their small size. They are grounded 3 Wire connectors and rates up to 250V to 2.5 Amps Internationally and 125V and 10 Amps in North America. The C5 mates with C6 inlet and are commonly useful for laptops, projectors, and televisions. c5 power cord are also a good choice for small appliances because of their small size.

Now comes the big question: How to organize power cords?

Similar to other types of cables, so many power cords can easily get mixed while you are working. But, there is a simple way to organize these wires. Instead of labeling these power chords, you can buy different color cords so it becomes easy for you to identify them. For example, red power cords are useful for important devices, further green or blue cords are useful for rearranging equipment. Color coding the system is definitely a more efficient way to manage your cables.

I know, choosing that one perfect cable out of the world of cables might be a difficult task. But the tips and a brief discussion will surely help you to overcome these issues. 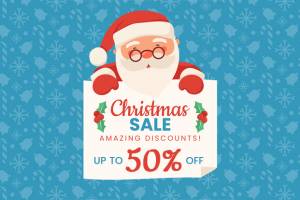 Crazy Christmas Offer: Save up to 50% OFF on Everything
Joomla Offers
1733 hits Read More 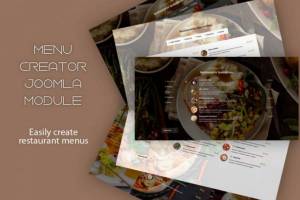 Posted by mixwebtemplates on 16 August 2022 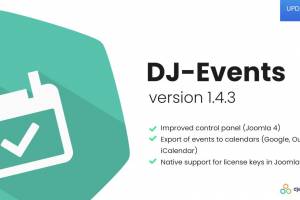 Posted by Djextensions.com on 05 August 2022